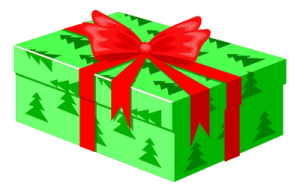 Presents are another seasonal minefield, whether birthdays or Christmas. The anticipation invariably ends in anti-climax. We probably try to compensate for the children’s shaky start in life  by giving them too much. We used to tell Billy that the best present was a hug and a kiss, and that he was a much-loved boy. He was never very convinced about either of these propositions. We cope with the continuous demands  by suggesting that they keep a birthday or Christmas list. That way we can avoid saying “No!” which can so easily be mistaken as a rejection of the child, rather than an attempt to curb excessive material wants. Billy at 16 is much better at gauging what he can reasonably ask for and expect, and is generally pleased with it. He is a master at extracting one more thing out of us. He doesn’t like surprises. He wants to choose his presents and see them when they come into the house, so that he is reassured they are really there. Jo is more reflexive about the existential nature of her wants. She knows that material goods will never really fill the hole she feels inside. She is already anticipating ‘the worst Christmas ever’. Almost every birthday and Christmas are the ‘worst ever’. However carefully chosen the gifts  they will be a disappointment. If she is given money Billy will pressurise her into getting something he wants, and she falls for it every time, lured by the promise, seldom kept, that he will play with her. She used to break all her presents as soon as they were unwrapped, then be left distraught, surrounded by the debris. I would spend hours battling with almost impossible to open plastic and tiny screws in order to assemble, charge, and re-wrap toys. I would read and memorise instructions. If they couldn’t be played with immediately they would likely be trashed or discarded. It was more difficult with relatives, as Jo would usually break her gifts in front of them. It wasn’t generally intentional. She  would take things apart, yank and pull at them, and yes, sometimes smash or cut them up to deal with the pain inside. This displacement was probably another aspect of the self-harming that has dogged her since she was small. She would then complain that Billy had far more things than her, and we would patiently list or remind her of all the things that she had been given but subsequently broken. The first real success, about three years ago, was an iPod we gave her for her birthday. Maybe she was just growing older, or maybe it just hit the spot, who knows.

The kids have never yet shown any inclination to buy or make a present for anyone else and don’t do thank you letters (I do those still on their behalf). Jo does like giving gifts to friends. When younger this would generally be my stuff taken from home – jewelry, books, knickknacks. I would only get to know when occasionally a mother would ring up and ask whether Jo really had permission to gift an unusually valuable item. Other things just disappeared. An odd assortment of things also miraculously appear, ostensibly found abandoned somewhere. I’ve done my share of trying to trace the owner and return stuff. The school grounds must contain a wide selection of curiosities judging by the items discovered at the bottom of Jo’s school bag. 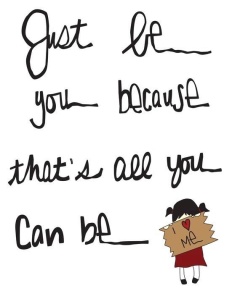 There is also the rivalry concerning cards or gifts from birth family members. Billy could not help pointedly asking Jo what she had been given on receiving a card with £20 in it from his birth dad. Luckily I could point out that Jo had received a lovely mouse mat with photos of two of her (half) siblings on it, from the family who adopted them. We used to have regular, if not frequent, face-to-face contact with this family, which meant a lot to Jo. Unfortunately they feel their kids need time to get used to Jo’s gender transition, and don’t want to meet up at present. It must be tough being true to yourself at times.

1 thought on “The Perils of Presents”