Jo had complained that our house never looks Christmassy enough. The truth is it takes a lot of energy to source the decorations, put them up and then dismantle them. I did my best – we have the usual wreath on the front door and Tony and I selected a Christmas tree that now adorns the drawing room. Billy was happy to help decorate it and put on a couple of baubles. Jo put the angel on the top and then the family, including three large dogs, watched as I did the rest. What passed as happy family banter would probably have this blog blacklisted. The kids have spent their lives honing their insults and aren’t about to stop anytime soon. We then went to Jo’s room as she was getting into the spirit of it. With the help of picture nails and a hammer she wound coloured lights around the top of her room and put up a small artificial tree, producing a pleasingly festive effect. Billy hung around, practising his insults, deftly lobbied back, fiddling with her stuff, but too nervous to either go back downstairs or up to his room on his own. The three of us then went up to Billy’s room on the top floor with some more lights, the hammer and tacks. He preferred to quickly drape the lights over the curtain rails, battery pack hanging off the end. He did allow me to rearrange things a bit, but the two children could not be more different. One careful with a definite aesthetic, the other not quite in control and doing everything hastily as if it had to be got out of the way; or maybe just planning a sequence and following it through is too demanding. I had managed to get into his room earlier in the day when the boiler engineer needed to gain access to the pump in the loft space. While Billy decamped to the spare room I had extracted dirty plates and cutlery, a large bag of rubbish and pile dirty clothes. I also dusted, vacuumed and spent about half an hour just untangling the nest of wires from a TV and XBox, controllers, headphones, computer, mouse, speakers and several cables I couldn’t identify, that formed a huge electronic ball by the bed. He’s only been home three days. Heaven help anyone he might want to live with in the future! If there are any obsessive cleaners out there looking for a challenge, Billy might be your man. 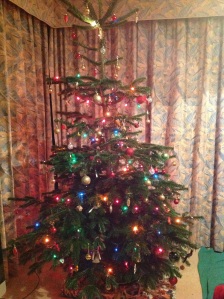